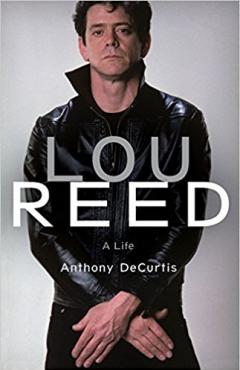 “Anthony DeCurtis was one of the few music critics Lou Reed read and whose company he enjoyed. After reading this sublime and subtle book, the mystery of Lou’s respect for Anthony is revealed. Anthony is a great story teller, a writer's writer, turning pain into beauty the way Lou did in his songs.” ― Bono

“When most people think of Lou Reed, they picture the black, rotting heart of rock and roll, full of dissonance, decadence and decay. But as Anthony DeCurtis makes clear in his new book, behind the image and the rumors, Lou was one thing: a writer, a man who spent his life telling the absolute, painful truth in his songs — the truth about himself, the scenes he observed, and the world at large. His words were so powerful that the Velvet Underground had to invent a new musical language to match them. I’m not the first musician to pledge allegiance to Lou and the Velvets, and I won’t be the last. Read this book, and explore the f*cking genius that was Lou Reed.” ― Peter Buck, co-founder and lead guitarist of R.E.M.

“If the goal of a biography is to bring its subject back to life, Lou Reed, DeCurtis’ sympathetic but never fawning book, succeeds...Carefully researched and thoughtfully written, Lou Reed is the best Reed biography to date.” ― New York Times Book Review